Detailed travel journal exploring the beauty and mystery behind the standing stones of Europe.

An informative and intriguing read, Stone Journals is a first-hand account of author Patrick Ford’s travels throughout Europe to learn both about and from the various megalithic stone monuments. Ford’s fascination with stones began at the young age of 10, as documented in the introduction of this book, when he found joy and excitement in climbing large rock formations and visiting Sequoia National Park with his grandparents. It wasn’t until he was almost 60 years old that Ford took his first “journey to the stones” and began recording his various trips and experiences. Although there are various explanations and theories as to how and why these stone structures were built, Stone Journals seeks to question the origin of the stones throughout England, Scotland, Sweden, and Ireland, challenging the reader to open their mind to possibilities they may not before have considered.

Extremely descriptive and punctuated with beautiful photography, Stone Journals is, essentially, a travel book spanning nine years, six countries, and over 150 different stone sites. Despite its length, this book is an easy read with incredible attention to detail and facts peppered throughout. Ford makes a successful attempt to include the reader as much as possible, leaving them feeling like they are beside him sitting on a fallen circle stone, hiking up to a tomb in Ireland, or just staring up at the clouds in England. By the end of the book, readers will feel like they have been to these sites and have a deeper connection to the natural world than they did prior to reading it.

Stone Journals is a captivating nonfiction exploration that will leave readers ready to book their own adventures to see the standing stones of Europe.

About the author: Patrick Ford Patrick has spent the better part of his life involved in the music business, as a musician, songwriter, producer, band leader, and owner of his own record label, Blue Rock’lt Records. Over the years he toured and recorded with many blues greats, including Brownie McGhee, Lowell Fulson, Charlie Musselwhite, and Jimmy Witherspoon. He also performed and recorded with his brothers Mark and Robben Ford and since 1988 Patrick has fronted his own band, The Ford Blues Band.

The book has been reviewed. Cover art has been awarded a 5-star rating by Mobius. Goodreads rating avg. of 5, Amazon rating 5 stars. Comparative title: Standing with Stones: A Photographic Journey Through Megalithic Britain and Ireland, by Rupert Soskin.

Elwood Corbin
I am a very cautious person and I do my research. FEDP is first rate in terms of service, professional conduct and most of all – trustworthiness. FEDP published my first book and this will be the second, without the upselling and claims that they can get you noticed by Hollywood and all of the other crap. FEDP is beginning to spread its wings farther ands I want to be a part of it.

Kirby Whitacre
My experience with First Design Publishing was one of feeling like I was working with friends as opposed to just purchasing a service. I picked First Design because of their #1 rating over the past four years. I would highly recommend them to any author! 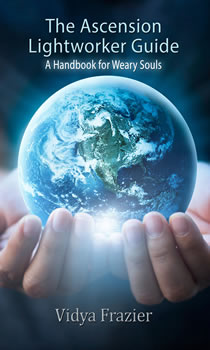 Vidya Frazier
The service was extremely rapid and pleasant. I appreciated the extra help I was given in finding an image for the cover.